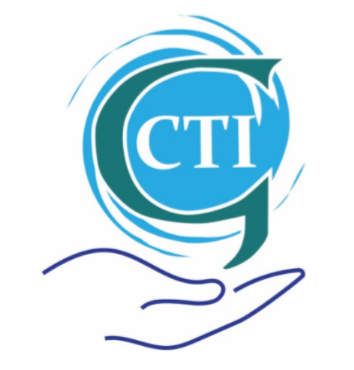 CTI Senior College of Further Education are delighted to launch their courses for 2021/22.

The college offers a variety of courses that are practically based with a mixed variety of assessment methods to suit all types of learners. Our courses are designed for people who would like to get a feel for a subject area before committing to a four year degree; for people looking to further their education and skills prior to entering the employment sector and for those looking to learn a new skill . All of our courses are QQI accredited. We offer both Level 5 and Level 6 courses with Level 7 and Level 8 progression links as well as apprenticeship links available, all of which can be accessed here. A full list of our available courses can be found here.

Check out the video below for more information. 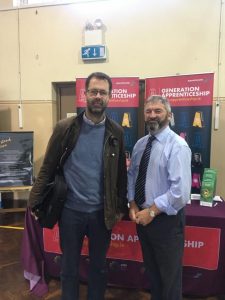 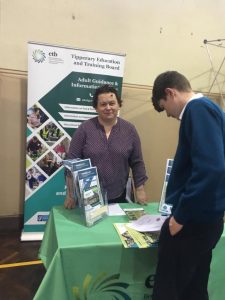 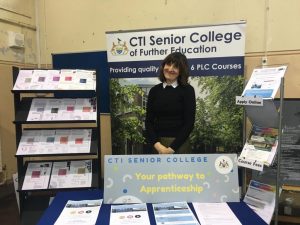 We had a number of stalls at the CTI Clonmel Careers expo, most notably our own CTI Senior College stand. At this stand we spoke to students about the course we have on offer as well as the progression paths that are available to them when they complete a course here in CTI Senior College. One particular path is our Apprenticeship Pathway which we launched earlier in the year. This pathway allows students a potential 9 month exemption from an apprenticeship after they complete a Further Education course with us here in CTI Senior College. This is a brilliant opportunity for any student.

A new chapter has started at the Central Technical Institute (CTI) in Clonmel, County Tipperary, following the appointment of John McCarthy as principal.

Consisting of the CTI Senior College of Further Education, Gaelcholáiste Chéitínn and Coláiste Chluain Meala, Cork native John has been taken aback by the sense of “real camaraderie and openness to new ideas” since commencing the role in August.

“It has been a challenging few months but there’s a really impressive staff here that have helped me settle in. Tina Kennedy was the acting principal last year and she has been guiding me through the role and has been so supportive,” says John, who previously taught English and was deputy principal across his 15 years at Coláiste Dún Iascaigh in Cahir. 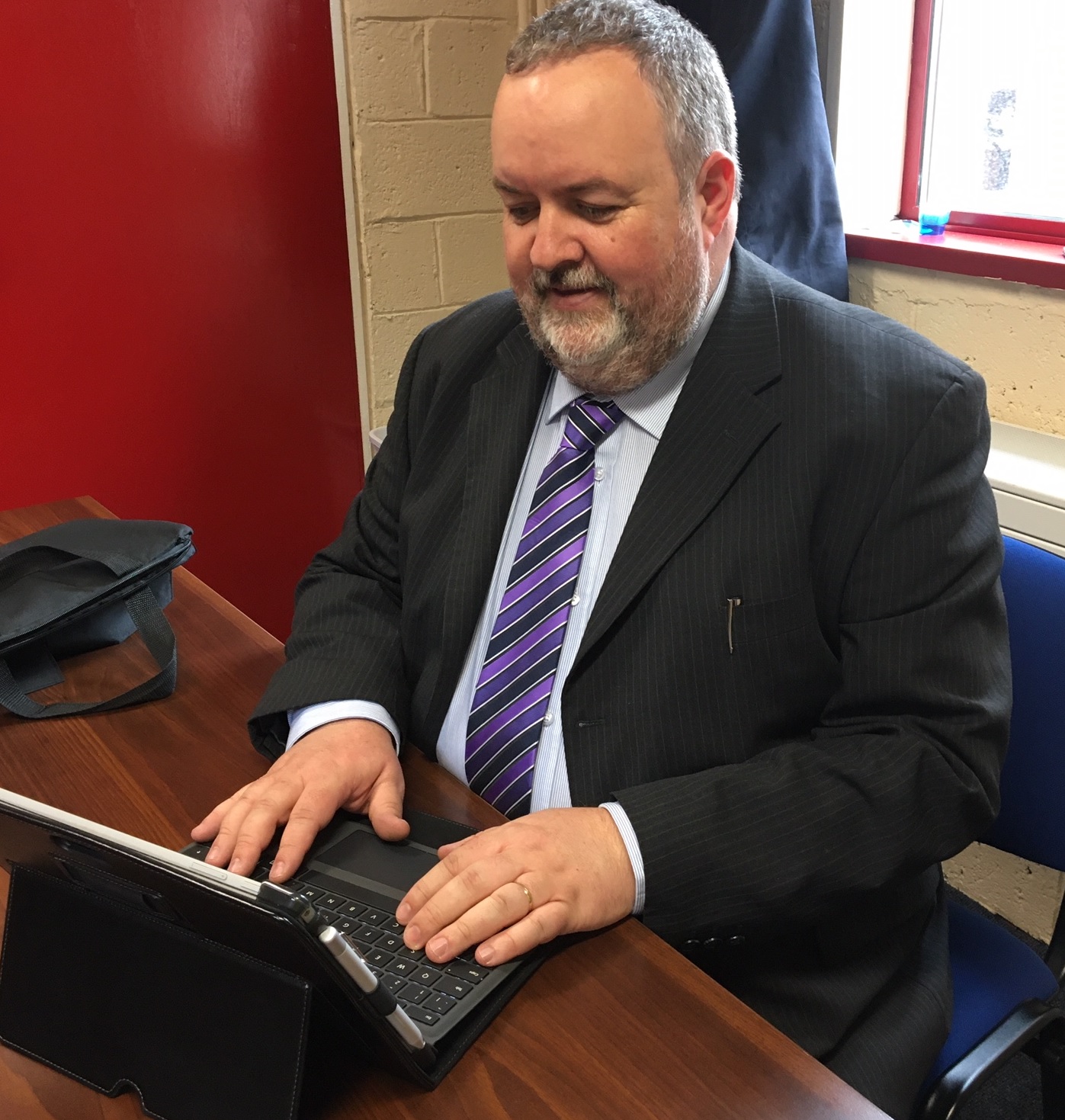 John’s goal is to create a “coherent vision” for the three schools, one which will drive them into the future. He says the Senior College has grown from 183 to 210 students this year, crediting the rise in numbers to the school’s ability to proactively respond to society’s needs. “The Senior College’s courses are legendary. It offers students a gateway to further education and employment. It was usually just for school leavers, but nowadays there’s a lot more mature students who range in ages. We have seen a lot of older people coming back to school looking to reposition themselves in society and looking to boost their career opportunities, especially in childcare, special needs assistance and pre-nursing,” he says.

Gaelcholáiste Chéitínn currently has 158 students, growing “rapidly” in recent years, and Brona Kinnane has just been appointed to take charge of the day-to-day running of the school. “We have 31 students in first year and there’s 11 in sixth, so it has really grown and offers something unique in the town. It’s incredibly natural for the students to speak the Irish language. Every subject is done through Irish which really helps, and it’s terrific when you hear them engaging in groups,” he says.

“But it’s not just about Irish language and education, and it provides the culture and sense of identity that the students are looking for,” he explains.

“The school is very academic and it’s a very caring, close community. We had 69% of students achieve over 400 points and one student got 601 points in the recent Leaving Certificate. It’s quite a relaxed school in some ways but still maintains high academic standards. If you have a can-do attitude towards work, you’ll flourish in Gaelcholáiste Chéitínn,” he smiles.

As part of his vision for the school, John plans to open the gates of Gaelcholáiste Chéitínn on The Mall to the public. The school will host a bilingual production centred on High School in November. “It’s going to be the first-ever show for Gaelcholáiste Chéitínn and will feature over 50 students in roles ranging from set design to acting and singing. The music department is very strong in the school at the moment. We want the school to be part of the community in a traditional Irish way,” he says.

John, an accomplished author who also taught in Drogheda for 10 years, also has big sporting plans for Coláiste Chluain Meala. The school currently has 110 students, from first to sixth year, who do “incredibly well with many going on to further education.” Tipperary senior hurler Seamus Kennedy went on to lift the Liam MacCarthy Cup following his studies at the school.

“Basketball is huge in the school, rugby is back this year along with GAA and soccer. The school has won prizes in the Poetry Aloud competition and is part of the School Excellence Fund, which recognises excellence and innovation. It’s a really exciting time for the entire school community,” John adds.

Great article below on the benefits of doing a PLC.

Congratulations to everyone on completing a wonderful year and what is a fantastic achievement!

We wish you all the best in your future endevours. 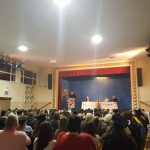 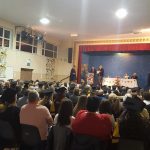 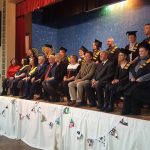 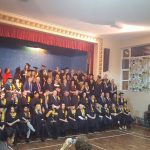 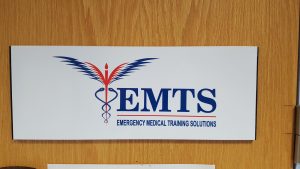 With this they will be trained in first aid, a skill they will be able to use in the sports industry and in their life outside of sports. 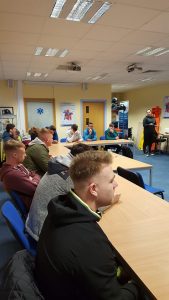 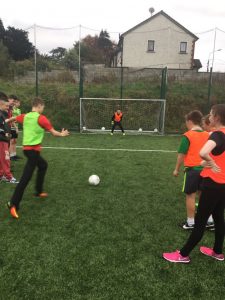 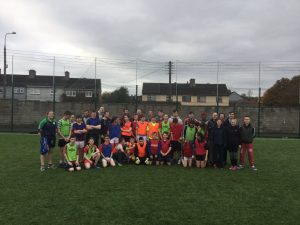 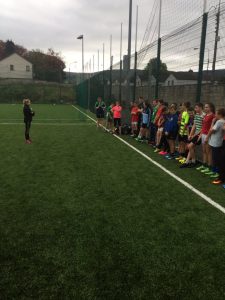